About 85 of the 420 pupils at St Matthew’s Primary School in Ipswich have a Roma background.

Head Sue Todd said: „It’s been brilliant. The children were doing well but they are doing even better now.“ 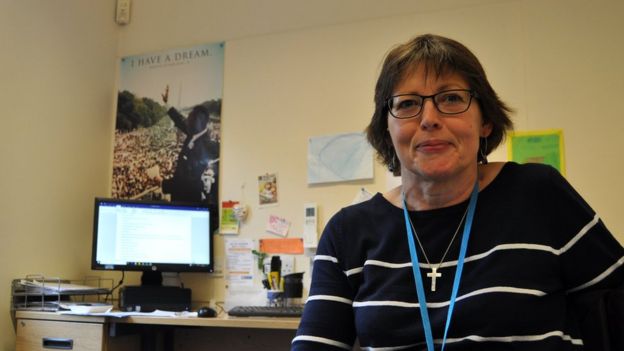 She said engaging Roma parents effectively had paid off in better attendance, higher aspirations and even improved health among pupils.

„Vasile has been able to explain the significance of school, and that education unlocks doors and opportunities for pupils,“ she said.

Many Roma parents had initially been reluctant to attend events such as parents‘ evening but Mr Sandu, who joined in September 2017, has helped to ease their concerns.

Most children joining the school have had no formal education before, and parents feared their children’s shortcomings would be made public, said Mrs Todd.

„Once they realised it was one-on-one and Vasile was there to translate we have had almost 100% engagement from parents.“ 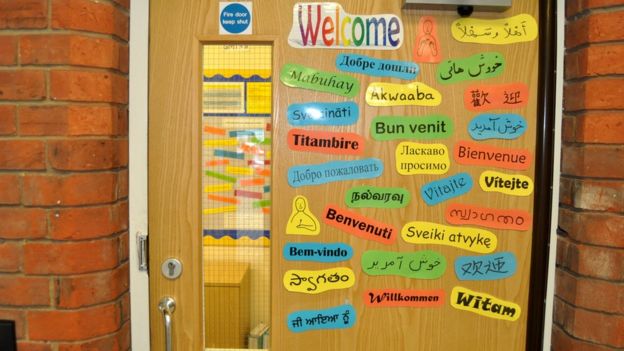 The children at St Matthew’s school

Mr Sandu’s role also includes translating school letters for parents, or helping them with transactions such as paying for lunches.

„I’m doing a really important job for them and I’m really happy that I’m doing it,“ he said.

„I help [pupils] to learn English and not to feel bad in the classroom because they don’t know what to do.“

The school also uses pictures in its newsletters to help parents who struggle to read in English, and uses its own app to send photographs to parents. A Google Translate button on its website offers a choice of more than 100 languages.

Mrs Todd added: „We are very diverse, and that’s just how it is. We really do have the A to Z: from Afrikaans to Zulu.“ 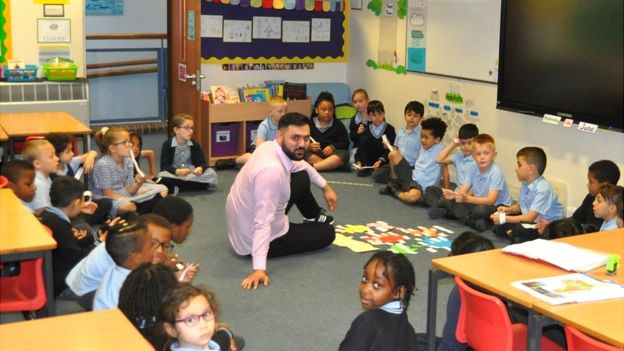